Fintan McHugh joined the firm in 2000 after working in the litigation section of a larger Philadelphia firm. He has tried cases throughout Pennsylvania and has successfully handled many appeals in the Pennsylvania Commonwealth Court, Superior Court and Supreme Court. Mr. McHugh has a proven track record that can be seen in favorable decisions that have been published by all of Pennsylvania’s appellate courts.

Mr. McHugh focuses his practice on the areas of civil litigation, real estate law and zoning / land development. He has handled hundreds of leasing and litigation matters for some of the region’s largest commercial landlords, and has represented a broad spectrum of developers and landowners in zoning and land development applications.

Mr. McHugh is admitted in Pennsylvania and New Jersey as well as the United States District Court for the Eastern District of Pennsylvania. His volunteer activities include coaching youth soccer and serving on boards for the local chapter and blood services region of the American Red Cross. He is currently the Board Chairman of the Delaware County Leadership Council for the Southeastern Pennsylvania Chapter of the American Red Cross.

Mr. McHugh was raised in Chester County and graduated from the University of Pennsylvania and Boston University School of Law. He lives in Swarthmore with his wife, Julie, and their three children. 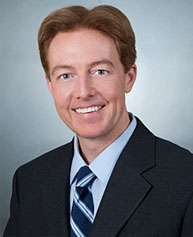